I think both would work in this case.

would mean all masculine words, since les is a definite article.

uses an indefinite article, but in this case, I’m not sure it makes much practical difference. We could even have said:

and I think that in all three cases, the whole class of masculine words is understood.

I did a little research to ground this discussion, and found the following: devant des mots is less frequent than devant les mots or devant un mot. When looking at examples (click on the links at the bottom of the graph), we find many sentences such as:

Did the authors of those books all made a mistake? Should they have used “… devant les mots qui commencent …“? Is there a rule saying that you should always use “les” to refer to the whole class of the words “qui commencent par …” instead of des?

The data does not support this. If a rule proscribing the use of des in favor of les existed for this context, many French authors (including contemporary grammarians and authors) did not seem to be aware of it, or did not feel like they should respect it… 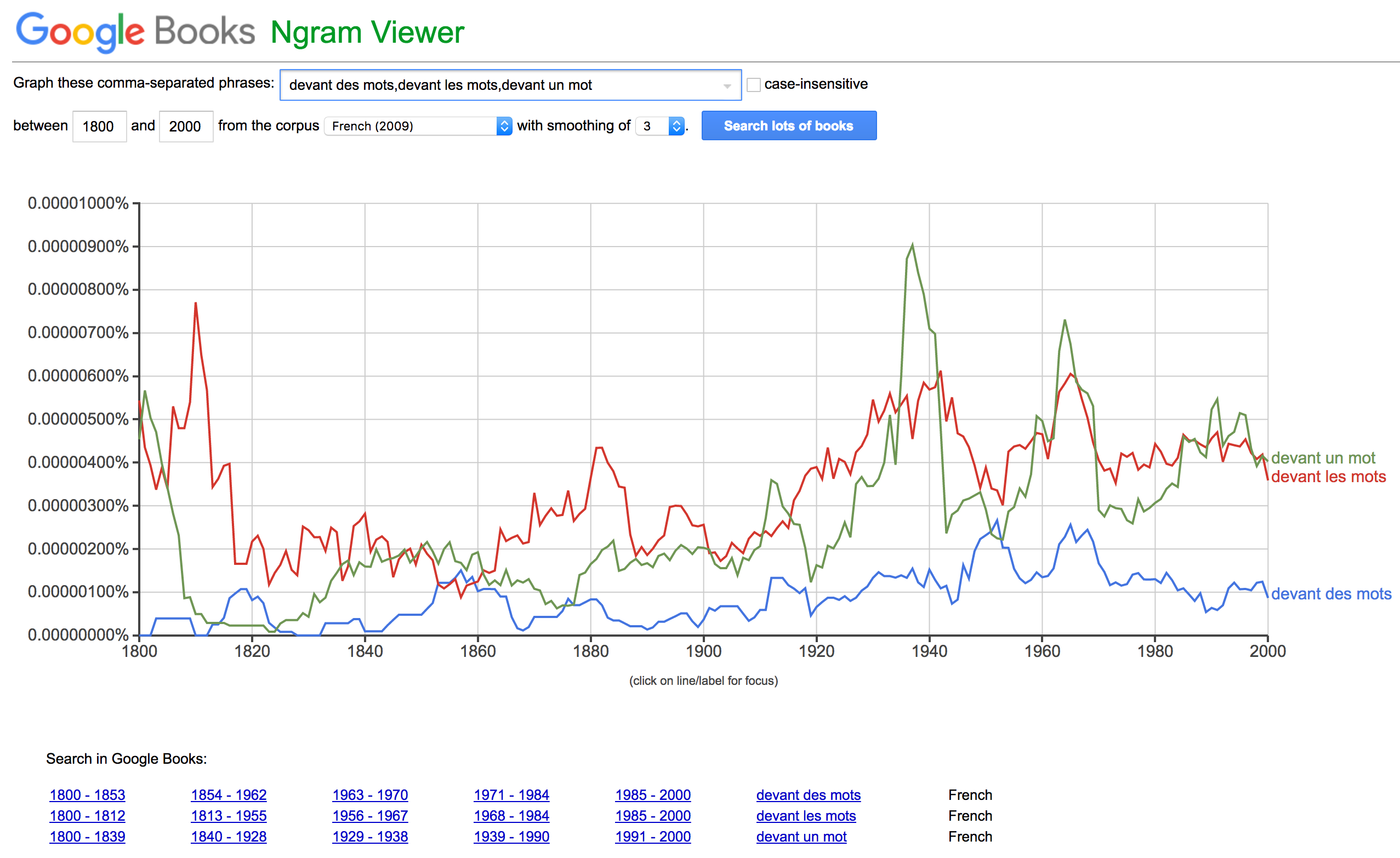 I agree with Frank; although there is a difference between these words in normal speech, when stating a rule for a general class of objects, the meaning is not affected.

It might be fair to assume that "les" is more common in this construction than "des", particularly since the latter smells slightly like the anglicism of inserting the most ready-to-hand article before a noun that does not require one in the English equivalent. Consider also that as the subject of the verb, "des" is inadmissible for stating a general rule:

Of course, such analogies that involve different syntax are never perfectly sound, but they can give clues. 🙂

Edit re: Lambie’s concerns in the comment thread: If you find yourself choosing between the two in your own writing, choosing "les" would be erring on the side of caution in a sentence like this. That said, Frank has shown from books dating back several centuries that this context supports "des" quite well. 🙂

articlesde
Previous article How to pronounce “et est”?
Next article The placement of the word “seulement” in the following sentence