For starters, your graph is treating “verb” and “auxiliary” as the same thing (“Quel est le verbe” ought to be “quel est l’auxiliaire”). They are not and this makes your graph confusing to people trying to explain.

In fact, because of this, I cannot even tell what distinction “y a-t-il un nom après le verbe” is trying to make since I can’t tell if you’re referring to auxiliaries while simultaneously managing to confused nouns and pronouns (the latters of which would be before the auxiliary), or referring to actual nouns being after the entire verb.

For a preliminary version of a diagram flow, it is rather good.
Linguistically it needs some effort to be a proper one.
Others will certainly point out several things.

I want just to add the following mnemonic rule for the verbs conjugated with être:

and their compounds (like ressortir, repasser, repartir, remonter,
etc.)

[There are some other verbs like contrevenir, intervenir, parvenir – all compounds of venir – but for a beginner above empirical law suffices. The rules are a little complicated for these verbs. Not all the grammars talked about them.]

There are also some verbs that they are conjugated with avoir if they have a direct object.

What is the difference between the verb 'sortir' being conjugated with être or avoir?

Origin of the "Dr. and Mrs. Vandertramp" mnemonic

Yes, it can certainly be simplified! Here’s my attempt and link to LucidChart doc (requires login). 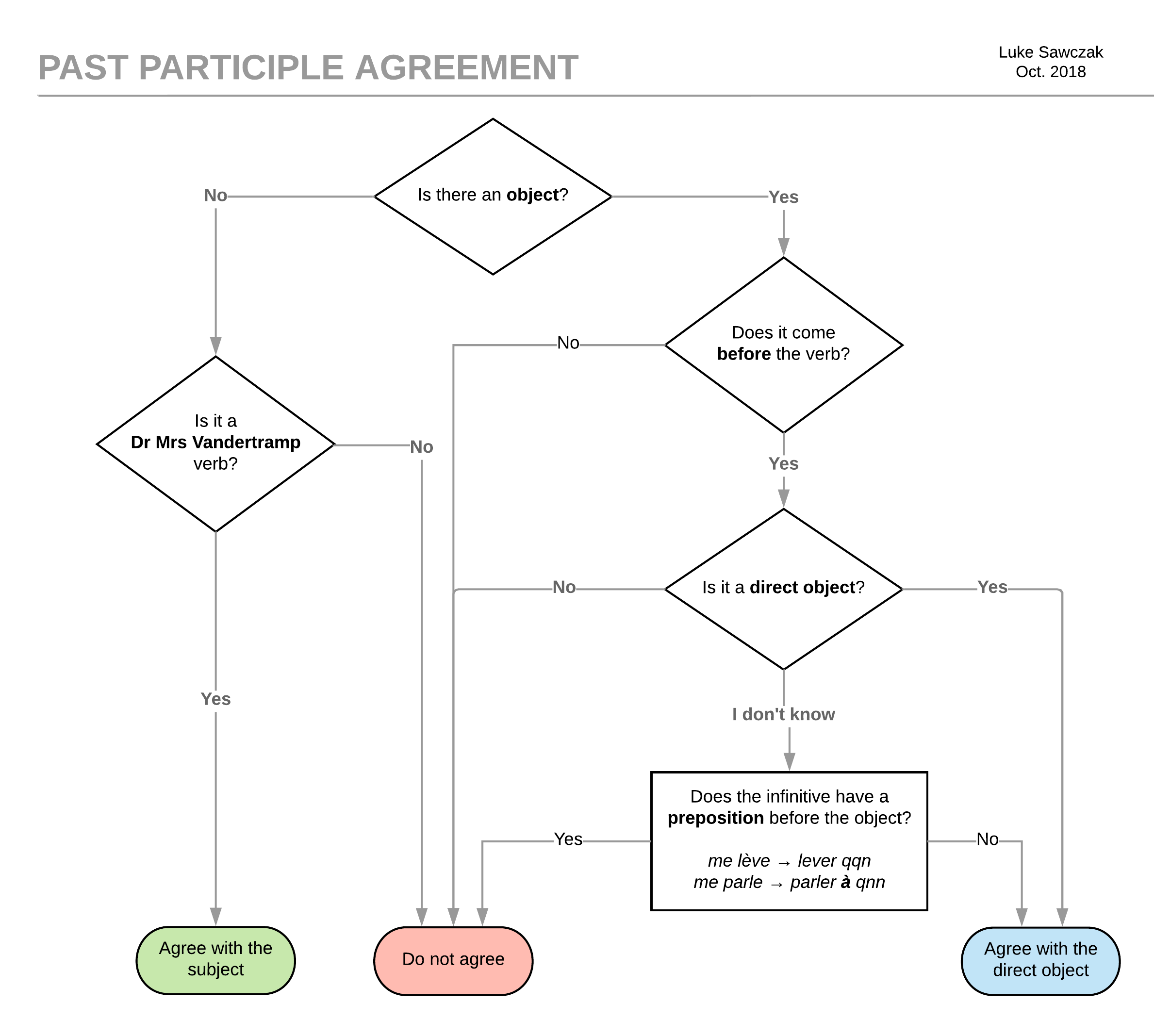 Having taught this to elementary and high school students for a few years now, I’ve boiled it down to two rules that do need some explanation but are easy to remember once they’re understood.

Make the past participle agree when:

* The only verbs that should be memorized by heart for this purpose.

As long as students understand a few basic terms, these rules are pretty clear.

A couple of the thornier points:

accordgrammaireparticipe-passépassé-composé
Previous article Is it common to use “lancer” to talk about an on-going action?
Next article “La femme de Dupont brise son silence sur son état” : ambiguous or not?